Padua Academy senior Lydia Olivere claimed the Nike Cross Southeast Regional title on Saturday in Cary, North Carolina with a 6 second victory over Tennessee state champion Sasha Neglia of Dobyns-Bennett. Olivere's time of 17:21 was her third fastest performance of the season which has included a handful of sub 18 minute performances. 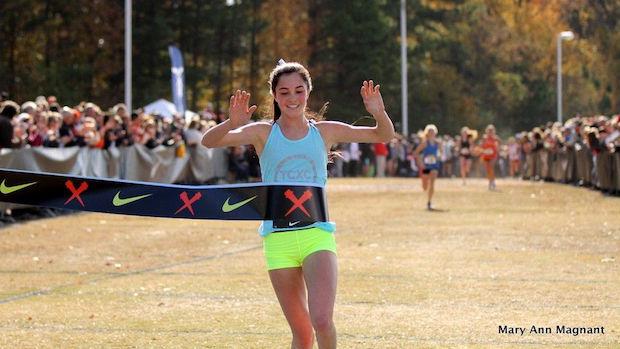 The Padua Academy girls squad led by Olivere finished 10th in the team competition with a score of 249 points and averaging 18:55 as a squad.

Meanwhile, the Salesianum School boys were able to finish even higher in 8th place in a very competitive team field. Michael Keehan was the team's top finisher as well as the state's fastest performer finishing 13th overall in a time of 15:32.

Tatnall boys were 21st and Charter School of Wilmington placed 31st in the team standings in the championship boys race.