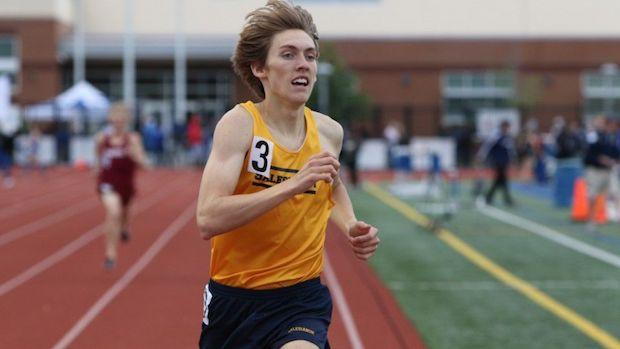 Salesianum School's George Steinhoff left it all out on the track for his senior year of track. It seemed like every race that he was in whether it was a dominant runaway victory or painfully close second place finish, all of Steinhoff's races were a thrill to watch.

His spring season included personal best performances of 1:52 in the 800, 4:19 in the 1600, and 9:23 in the 3200 as well as winning consecutive 1600 meter titles in the New Castle County Championships, DIAA State Championships, and DIAA Meet of Champions.

What was your most memorable race/throw/jump/vault/moment?
My most memorable race would have to be the Penn Relays High School Boys DMR. Going in seeded 14th out of 15 teams, and finishing in 7th overall, while also narrowly missing the state record by .2 seconds was quite a memorable moment.
Who would you consider your biggest competition over your four years?
I don't think I can claim one single person as my "biggest competition," but I would have to say The Charter School of Wilmington as a whole. They were always the one XC team in Division 1 that gave us a run for our money, they produced some really strong individuals these past four years, and I thoroughly enjoyed racing against them.
What was your greatest accomplishment?
My greatest accomplishment as a runner occurred at the New Castle County Championships this year, where I won the 1600 in 4:21 and then about 2 hours later, doubled back for an extremely close second place in the 800 and breaking the school record in the process.
If you could do it all over again what would you change about your running career in high school?
I would change the way I viewed and approached training, and take more preemptive measures to prevent injuries.
What were the most difficult obstacles you had to overcome?
Throughout my entire high school career, I have been plagued with injuries (don't feel bad though -- it's entirely my fault). I figured out that I have lost almost a full year of training with injuries alone. They include a broken foot, a torn hamstring, IT band problems, hip-flexor implications, and a strained soleus. Every injury I faced certainly came with its fair share of stress and aggravation; however, tearing my hamstring in late September of my Junior cross country season, and having to aqua-jog my way back into shape for the state championship, has truly been the hardest, and most challenging thing I have ever done.
What will you miss the most?
There are two big things that I will miss about leaving high school running: 1. the amazing camaraderie that is an inherent aspect of Delaware running. And 2. My knucklehead teammates. I've honestly had the time of my life running for Salesianum, and being surrounded by funny, out-going and at the same time, serious runners is the reason why. To this day, there are very few things I would rather do than an easy Garden-loop run with my boys. 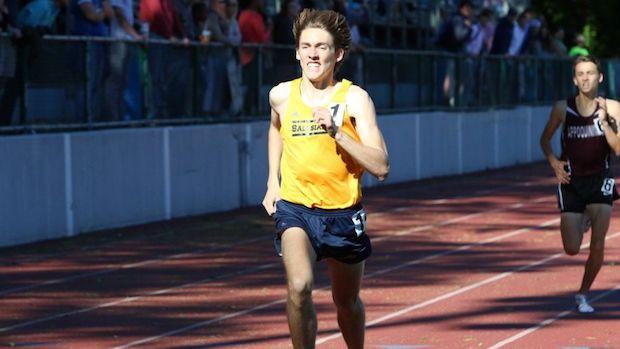 What advice would you give to younger athletes?
I know you have all heard the saying "what you put in is what you get out." When I was a young runner, I was essentially spoon-fed this quote, and it became my central philosophy of distance running. I always thought that I could just train harder than everybody else and I'd be successful. Well now I'm here to tell you that this quote above, is only partly true. Distance training, is essentially a conundrum. Yes, of course you are going to do well if you train hard, but what runners need to understand is how to train within yourself. Blasting every run, like your season depends on it, will either get you burned out, or injured -- and believe me, both of these suck! Instead, listen to your body. It is the only way you will improve. If you go out for a run one day and for some reason you feel like you're carrying a grand piano on your back, take the day easy. It's your body telling you "Yo! All these miles, core exercises and strength work are really tough and I would really appreciate it if you gave me some rest!" The past two track seasons for me, have been the best I've ever had, but surprisingly the easiest, and the reason why is because I learned to train within myself. I wasn't afraid to take a day light if my legs felt like rocks. Listen to your body, train hard when you should, and emphasize recovery - I guarantee you will see improvements. What influence has your coach had with respect to your performance and overall life goals? I've had many amazing coaches through my running career, but Coach Mazzio has truly helped me in so many ways. He taught me how to train and race properly, and under his guidance, I achieved more than I thought was possible. He's not just a great coach, but one of the finest men I have ever met… Thanks Mazz!
What are your college plans?
I will be attending Saint Joseph's University where I will be running XC and Track as well as majoring in Biology.
Who would you like to say 'thank you' to?
Thanks to all of my teammates who truly make running enjoyable. You guys are the reason it is so hard to say good bye to high school running… It's been real. Thank you to all of my past coaches, Coach Sullivan, Jude, LoSapio, Moore, Dienert, Muse, Gioffre, and Mazzio. All of you, in some way, have helped develop me into the runner I am today, and with that I say thank you. Thank you to my family. To my awesome siblings Jack and Victoria, but especially to my mom and dad. You two are truly the foundation of my success in this sport. Thank you both for sending me to Salesianum, for buying me new shoes, and for providing me with every necessity to chase after my dreams. Without you two, I wouldn't even be able to be a runner in the first place. 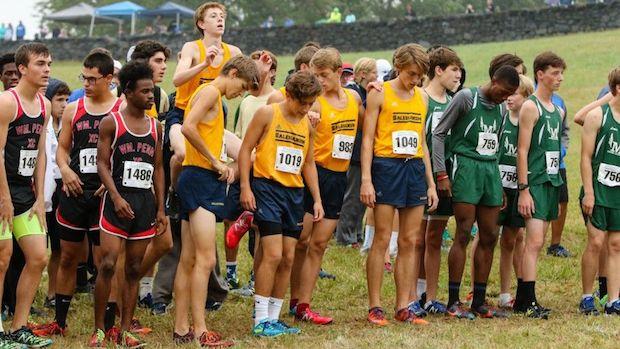 Is there anything else you'd like to add?
Ray Allen once said in a letter to his former self, "God does not care whether or not you make your next jump shot." This is because God doesn't want our lives to be defined by a number, such as a 3-point percentage, or in my case, something like a mile time. I don't know how many of you reading this are religious, but the point is still the same; Don't let a few numbers define you. Don't think for a second that you were put on this earth solely to run fast, jump high, or throw far. It may seem as though our life revolves around this sport, but make sure to never let your times or your marks define who you are.