Daija Lampkin knows she's not going to win every race.

Doesn't mean the Middletown (DE) senior and University of Alabama signee isn't going to try. Or be disappointed when she doesn't.

"I believe I could have done a little better in the 300," Lampkin said Monday after a weekend that saw her compete in the 55m and 300m dashes at the Va. Showcase at Liberty University in Lynchburg, Virginia.

She'll say it herself: she's her own worst critic.
"My times were still good, even though I didn't PR in either race," she said. "I'm satisfied with how I performed. I'll just use it to help me move on to the next week."
Of course, Lampkin was up against a phenomenal field, all of which are heading to Division I programs next year. She finished behind winner Lynna Irby (Georgia), Jayla Kirkland (Florida State) and Syaira Richardson (Ohio State).

"I didn't win, but I had gone into the race with one of the best times," Lampkin said. "But it felt good to compete against those girls. I was still up there." 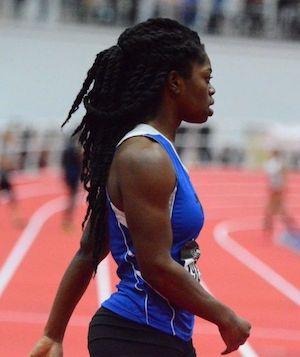 And it's perhaps in losses where she has gained the most insight into how better to perform next time.

The powerful sprinter leaped out of the blocks and didn't look back.

"I think the best part of my 55 is my start," Lampkin said. "Getting that lead out in the beginning helps me the whole race."

But Lampkin isn't content. She knows, with nearly two months before New Balance Nationals Indoor, that there is plenty of time to improve. The Delaware sprinter would like to drop below 24 seconds in the 200m and go below her 6.89 second PR in the 55.

A year ago, she fell apart in the 60m run at New Balance Nationals, finishing in sixth. She didn't make the finals in the 200.

"It's one of those things," Lampkin said of earning All-American status. "You have to earn everything you get."

As the season unfolds, Lampkin continues to think big. First, though, she's going to have to qualify for the Delaware championships, which she's planning to do this coming week.

"You have to believe," she said. "'I can actually do this. I am one of the top runners in the nation.'" 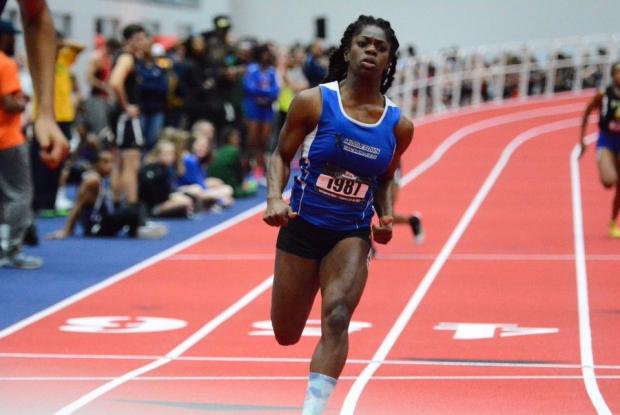 To connect with Milesplit Content Producer Cory Mull, follow him on Twitter @bycorymull. Have a story idea? We're all about those. Email him at cory.mull@flosports.tv. To have access to year-round stats, breaking news, stories and videos, register for Milesplit Delaware here.