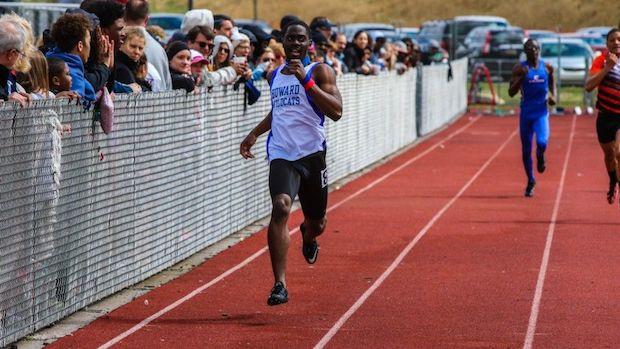 Name: Edwin Jean RosembertSchool: Howard High School of Technology
What was your most memorable race/throw/jump/vault/moment?my most memorable race would have to be the 2017 outdoor states 200m, reason being is that I broke the state record in that race. Being able to hold a state record in an open event is a blessing, and can never be forgotten in my opinion.
Who would you consider your biggest competition over your four years?My biggest competition throughout my 4 years of high school was myself, I never really looked at the competitive side of track and field, I was always a focus on myself type of guy. All i really care about when it comes to meets is me and the clock, I try not to get overwhelmed with who is faster than me or slower than me in my heat because it makes me lose focus. If i was forced to say who my biggest competition though it would be either Dayvhantae Mcdonald from Ceasar Rodney or Mike Mill from William Penn. 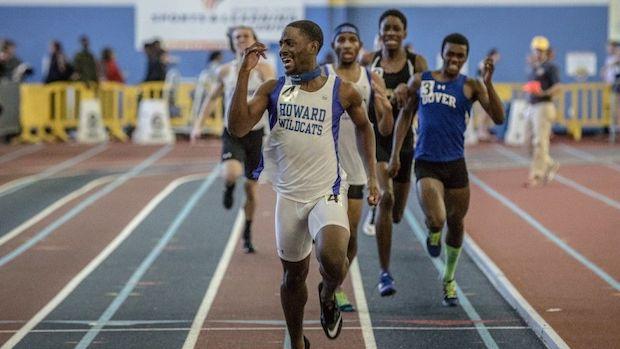 What was your greatest accomplishment?My greatest accomplishment was earning a 4 gold sweep at the 2017 outdoor state championship, which gave my team 40 points that led us to being runner up for division 2.
If you could do it all over again what would you change about your running career in high school?Honestly, i'm not sure about what I would change because throughout my whole track career, I was always hungry, and always pushing myself to be the absolute best I can be. If i had to say though, I would say my eating habits, because I would eat a lot of junk food after a meet. (Chick-fil-a is the best fast food restaurant in the nation)
What were the most difficult obstacles you had to overcome?The most difficult obstacle I had to overcome, was an slight injury I had my junior year, which prevented me from raising my hips, also during my summer season I had a symptom called Pertussis, which is better known as Whooping Cough, and that took me out for 2 weeks making me lose valuable training.
What will you miss the most?I will miss the practices, and the meets. The joy of seeing friends all in one area and competing against them was fun to me. 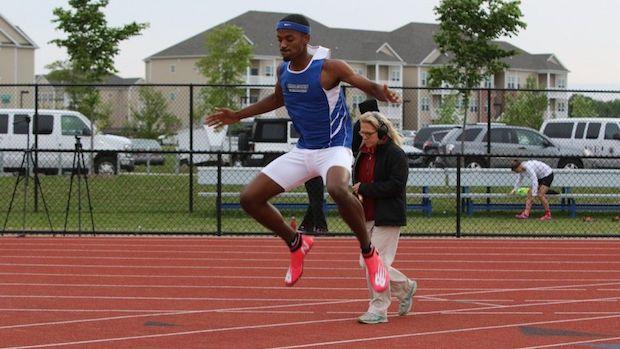 What advice would you give to younger athletes?
REMAIN HUMBLE, nothing is worse than being cocky after you win a race, then moments later you place last in your next race, also it just isn't a good character trait to have. I would also have to say to be consistent, determined, and hungry. If you aren't attending practice, don't expect to run the times you wish to run.You have to put the work in so it shows on the track. You have to want success in the sport just as much as you want to breathe, track and field isn't a easy sport at all, practicing is the worse part. Last, always have good sportsmanship it should be natural though, don't force it just because you want to make yourself look good.
What influence has your coach had with respect to your performance and overall life goals?
My head coach Nicholas Palka and assistant coach Courtney Clark, has had a huge impact on my life and track career. Coach Palka, would always give us words of wisdom, and it actually clicks in my head and makes me into a better person of myself, not that im a bad kid.
What are your college plans?I am attending Delaware State University on a full ride, because I love my state and I want to represent it well! #DSU21
Who would you like to say 'thank you' to?Of course the man above me, God. Next my family for being there supporting. Next my coaches for making me strong enough to compete at a high school level, and last my friends for the support.
Is there anything else you'd like to add?
HDDNT!. The acronym HDDNT stands for Howard Don't Do No Talking. Yes I know the grammar isn't the best, but it fits perfectly for its term. That is what all Howard Tech athletes go by, essentially what it means is that, we do not go around claiming we are the best, we let the running speak for us.