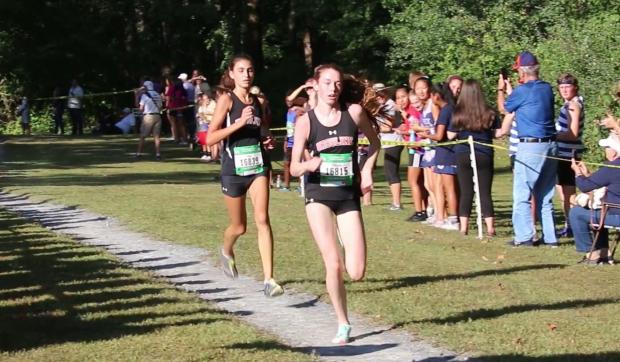 The 2019 Middletown Invitational was held at Lums Pond on Friday, September 20th. Four races were held; two single gender varsity races and two single gender JV races. Temperatures were generally higher than average and provided relatively warmer conditions for the runners. The venue features a challenging 5K course that forces the runners to immediately fight for a position, due to a quick transition from a large open area to a narrow section of the woods. The course is relatively flat, but the terrain varies between grass, wood chips and footbridges. However, it does test the runner's legs with portions of the trails being narrow and having exposed tree roots.
Out of 130 competitors in the boys varsity race, senior, Blake Hundley from St. Andrews led the pack and crossed the finish line in a time of 16:46.8. Hundley was followed by Cape's, Ethan Edery and Charter's, Charles Davis who finished in times of 17:19.5 and 17:21.4, respectively. Charter won with an overall score of 46 and an average time of 17:45. Concord came in 2nd with a score of 63.
The Girls Varsity race had just under 120 competitors. With a one-two punch, Ursuline's Alaina McGonigle and Anna Pryor finished side by side in just under 20 minutes (19:58.7 and 19:59.1). Appoqunimink standout, Alyssa Brinsky, placed third coming in at 20:15.4. Ursuline took the meet scoring 26 points with and an average time of 20:27.3. Clare Kornacki from Ursuline placed 4th helping seal the team's victory. Charter girls finished in second with 70 points, notable performances coming from Maya Bordrick and Claire Andreason who placed 6th and 9th.
Beating over 230 competitors in the JV Boys race, Keegan McKenzie, a sophomore from Charter timed in at 18:32.7. Ace Howard from Cape Henlopen came in second with a time of 19:04.7. Cape dominated the final team results over DMA capturing 5 of the top 6 spots scoring 27 points.
Averaging 7 minutes per mile, Ragan Odle from Ursuline won the JV girls race clocking a time of 21:43.6. She placed 1st out of the 173 JV Girls. Winning the top 4 spots, Ursuline also captured the girls JV title with a score of 17, followed by Charter in second. 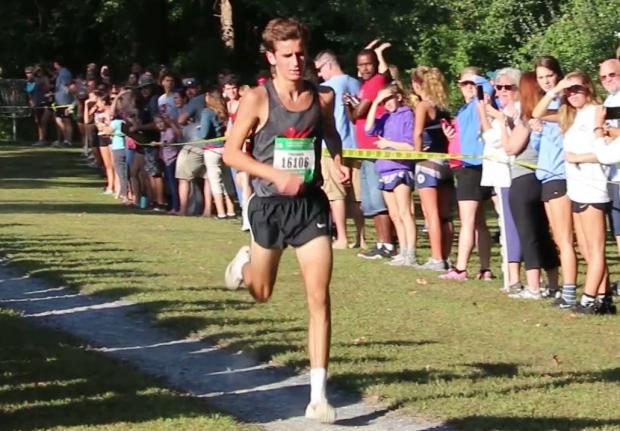