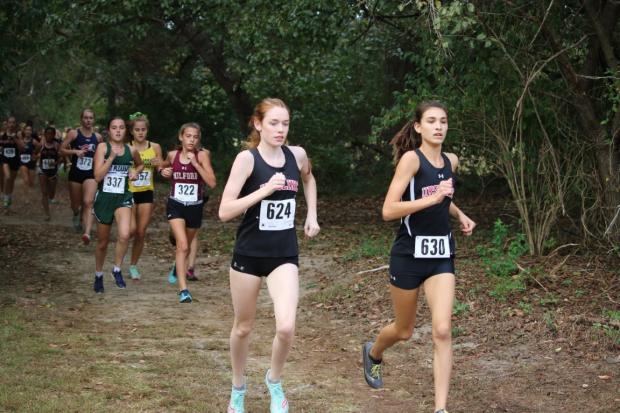 The 2019 Killens Pond Invitational was held in Felton Delaware on Friday, October 11th at Killens Pond State Park. This location will be the venue of this year's State Championships on November 9th. The event served as a great opportunity to get runners accustomed to the course in preparation for the State Meet. Sophomore, Quinn O'Dell from Delaware Military Academy covered the 5,000-meter course in 16:36.99. senior Blake Hundley, from St. Andrews School took second in 16:47.69. Jack Vito and Connor Hessler both from Mark's crossed the line in 17:06.and 17:13.18, taking the 3rd and 4th place spots. 18 teams competed in the Boys Varsity Race with Polytech taking 1st with 91 points and DMA finishing 2nd with a score of 103.

With a 6:11/mile pace, Alaina McGonigle crossed the line at 19:09.29 followed by teammate, Anna Pryor, who crossed at 19:11.17. Tiffany Herrera from St. Mark's finished in 3rd with a time of 19:23.42. Scoring 40 points McGonigle and Pryor lead Ursuline Academy to a winning finish topping the 20 teams entered. St Marks was the runner up with 51 points.